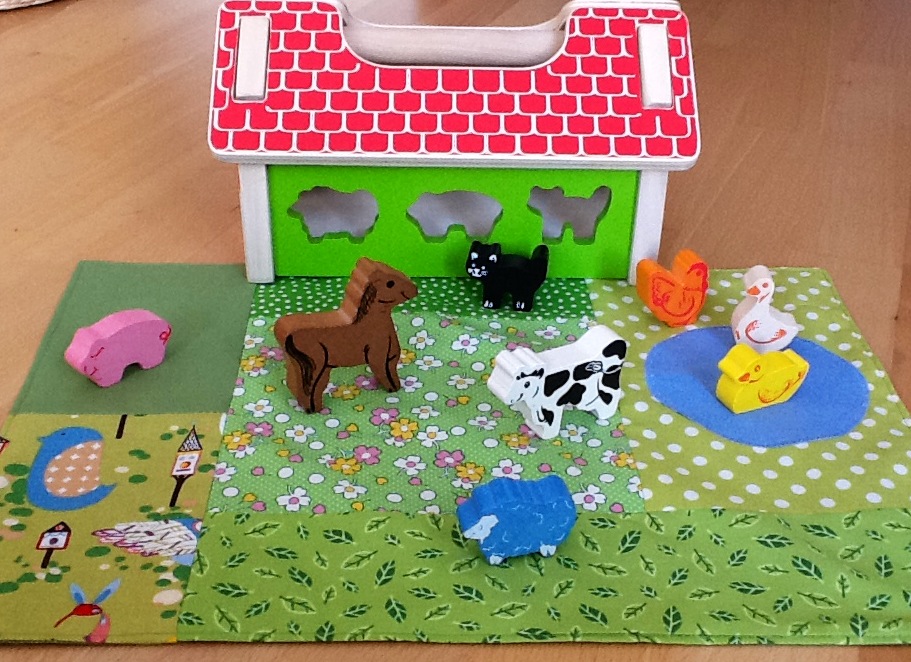 Monty got a little wooden farm sorting set for his birthday a couple of months ago which he is beginning to show more interest in now. He likes putting the animals through the holes and any hole will do at this stage.
To extend the play opportunity for the farm set I thought adding a simple play mat of patchwork fields would be fun.  In time this will encourage role play as he plays with the animals, sorting and organising them and putting them into different fields......with a little pond for the duck and goose too.

If you want to have a go at making your own play mat, here are some basic guidelines and pictures to help. It's VERY easy!

You will need some small scraps of fabric and a larger piece which is big enough to make the back of the mat - I made this A3 size and used a combination of greens so it would look like fields.


I started with a piece of A3 paper which I sectioned roughly into 'fields' and then numbered them to make it easier to keep track of where they they all go once they've been cut out.  The circle will become the pond.


Next, cut all the pieces out and lay them onto another piece of paper.

Draw around them adding a 1cm seam allowance on each piece, except the circle, as this will be appliqued on and doesn't need a seam.


Now lay the paper pieces onto the fabric, draw around them with chalk or pencil (or pin in place) and cut each piece out.


Here they are cut out and in position ready to sew.


First I appliqued the pond - I just used a zig-zag all the way around.

Now you can join all the other bits together.  This is where the numbers come in handy. 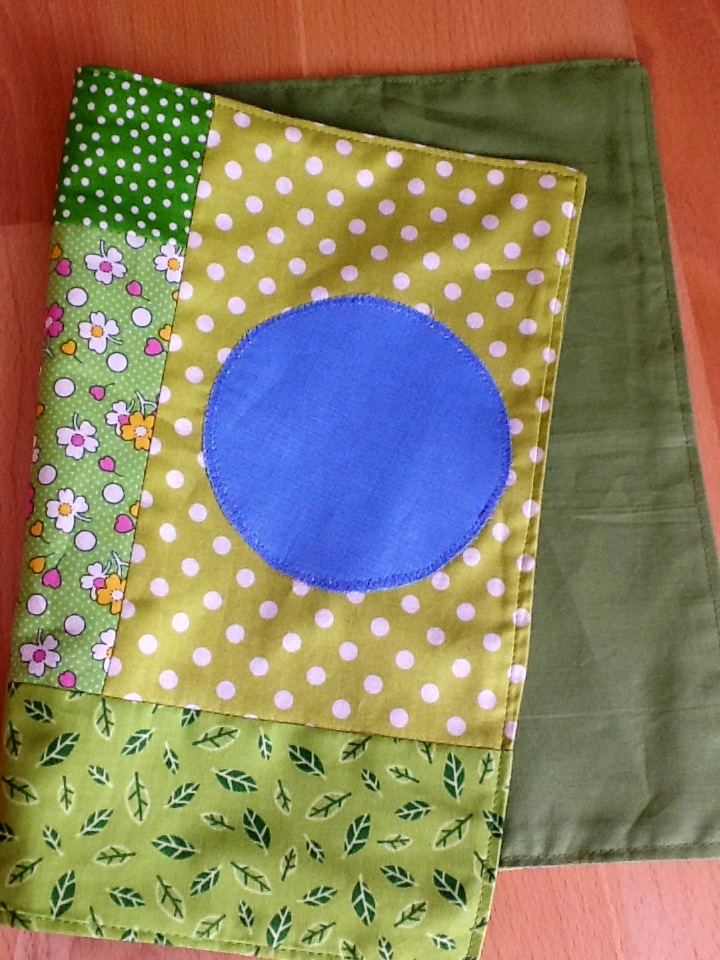 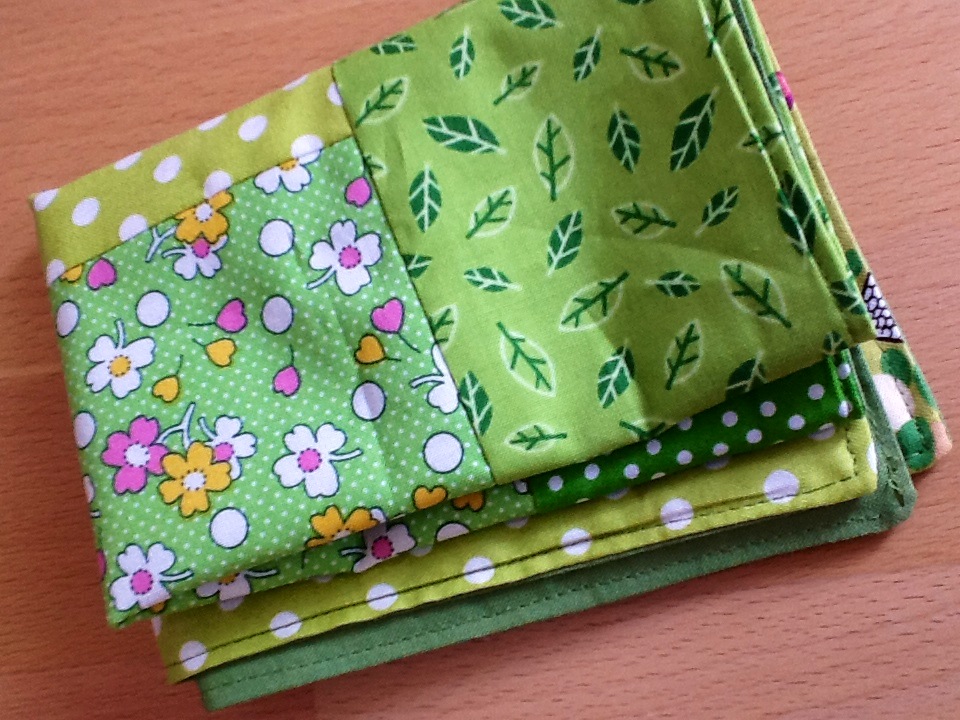 It fits snugly into the farm set too, so is easy to transport. 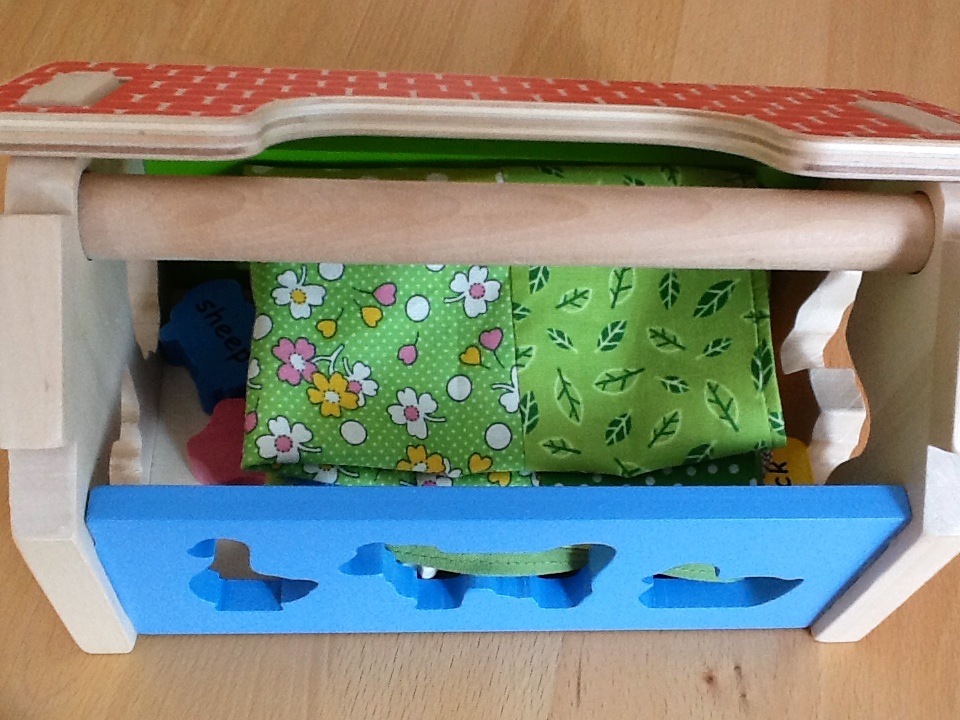 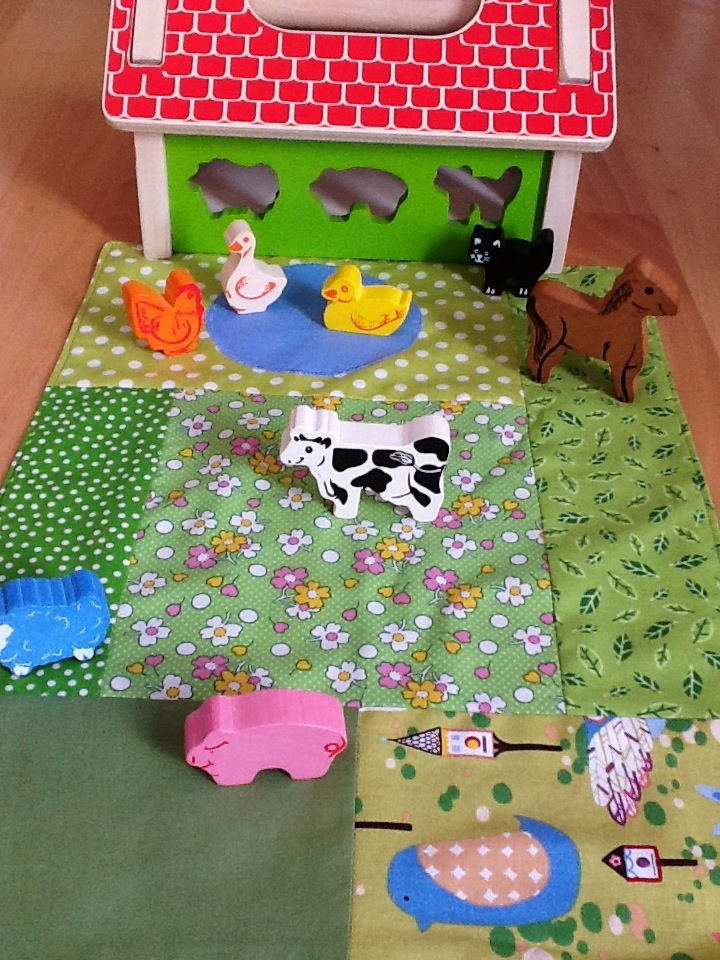 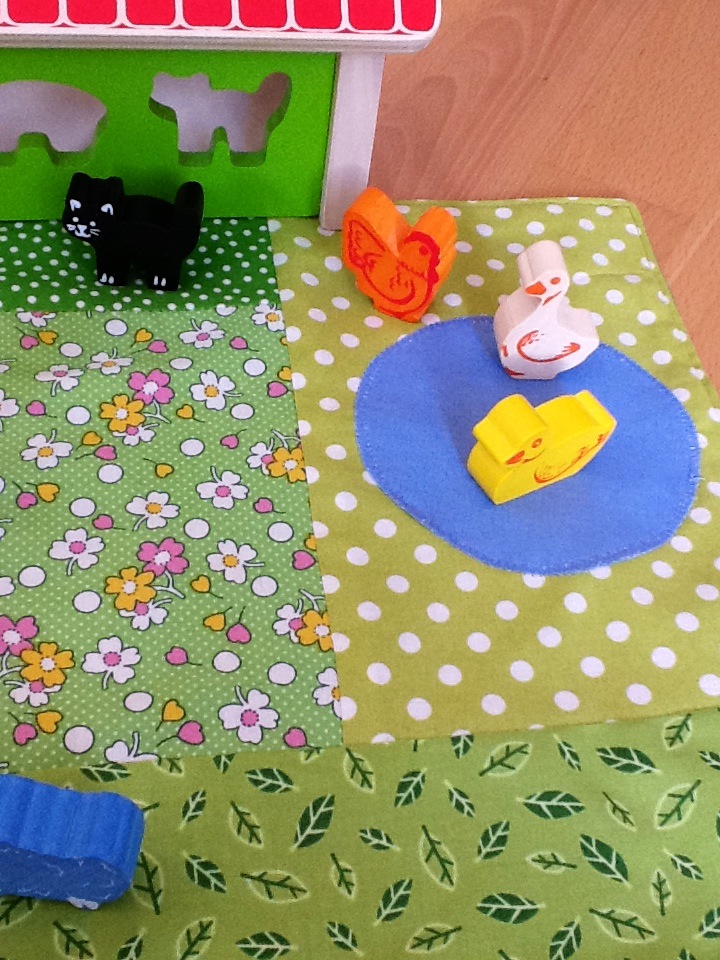 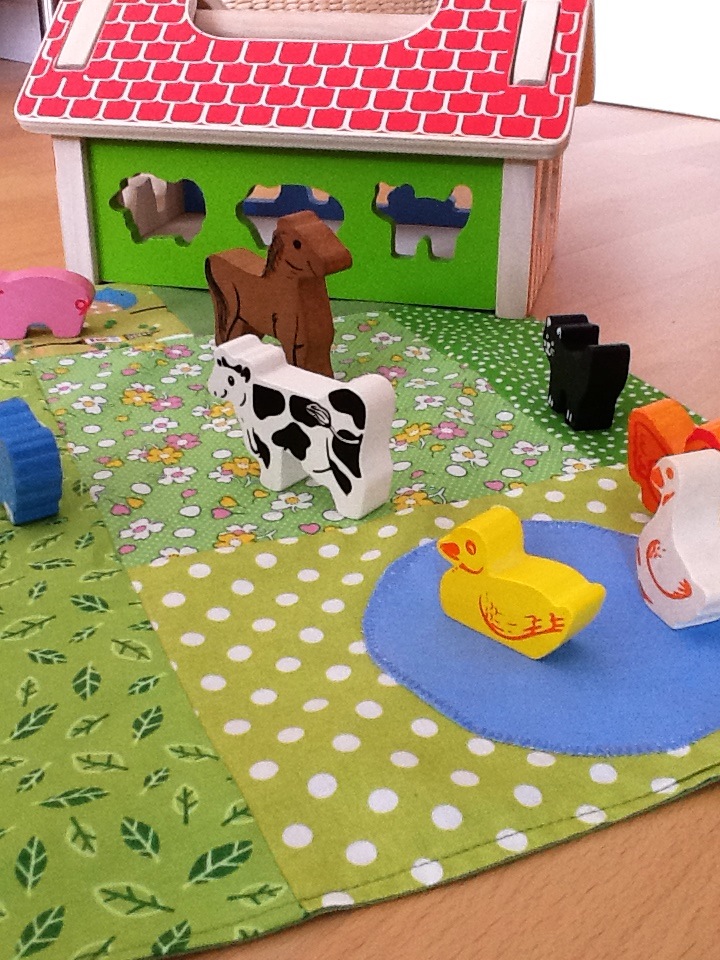 Posted by peekaboo at 8:29 pm No comments: Links to this post

We had some new turf laid recently and had a bit left over so rather than chuck it away, I put it in a big tray and, hey presto...a real miniature garden with proper growing grass! 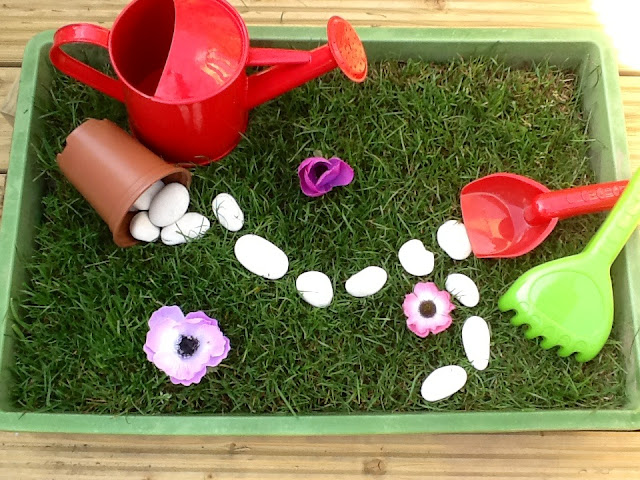 Add some flowers, pots, pebbles and garden equipment for some small world gardening fun.  You could also add play insects and butterflies.


Or you could turn it into a field with some farm animals.....

........or add some big rocks and leaves and create a dinosaur world. 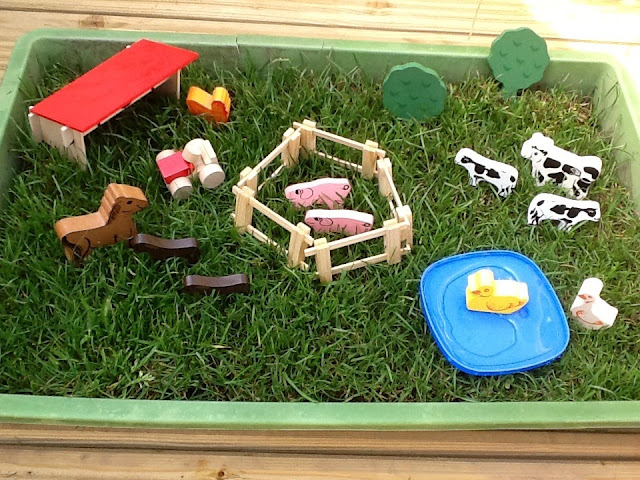 Think I better get the scissors out soon though, this grass needs a trim!
Posted by peekaboo at 9:06 pm No comments: Links to this post

The play house is complete!!....Well, phase one is anyway, if you can call it that!

Here's the before shot in the previous owner's garden (we bought it second-hand on Gumtree). 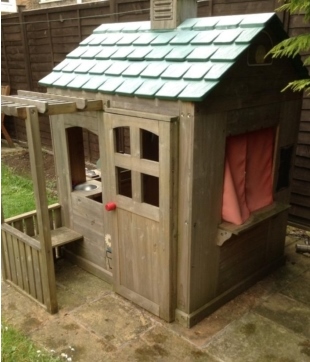 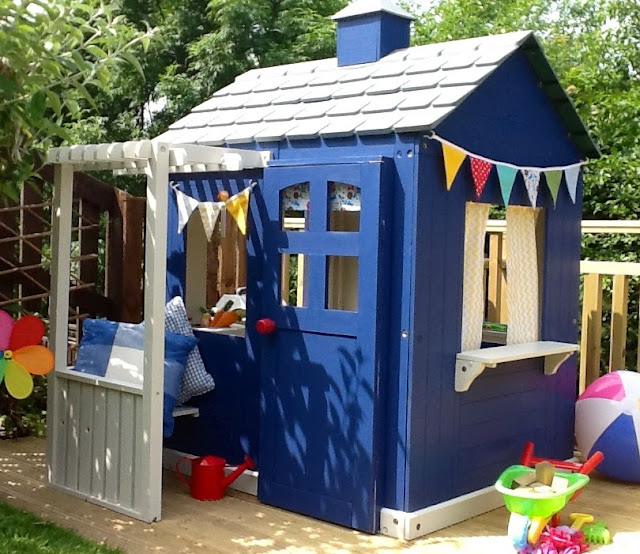 The outside has been painted blue and white and spruced up with some bunting, curtains, cushions and some tinkly wind chimes.
I'm rather pleased with it and little one just loves it too.

I spray painted the plastic roof tiles grey and painted the rest with Ronseal wood paint.  The interior was painted white to lighten and freshen it up. 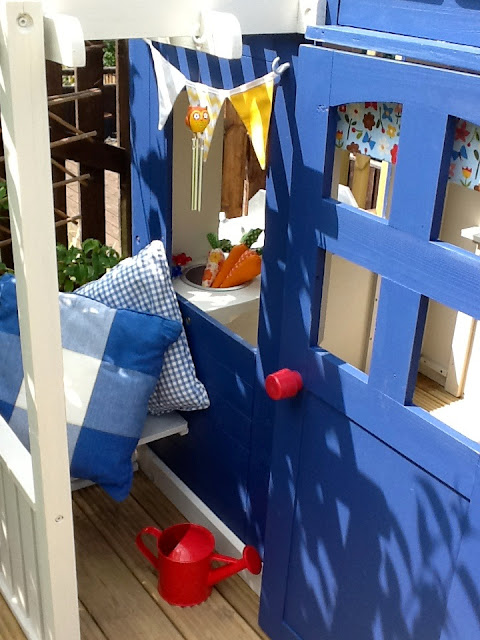 I added some comfy cushions for sitting under the pergola on the little seat, and some bunting around the window.

The little sink has some carrots in it that I made a while back.

The other bunting is strung across the window panel that can be used as a puppet theatre or a shop in time to come - he's still too young at the moment, but the curtains are all ready for a puppet show when he is.

Phase two will be the interior of the play house but I'm going to do that a little bit at a time as Monty grows up and we'll add utensils, a washing line and groceries for a shop or puppets for the puppet theatre and other things like that.

At the moment he loves playing at the little water tray and taking the sink in and out of its space.  He also likes to sit in the seat at the front of the house under the pergola.

It's been hard work but I was determined to get it finished so it could be used as much as possible in this good weather we're having and it's been worth it as he absolutely loves it! 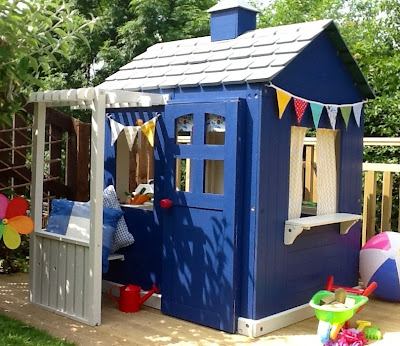 Posted by peekaboo at 8:24 pm 2 comments: Links to this post 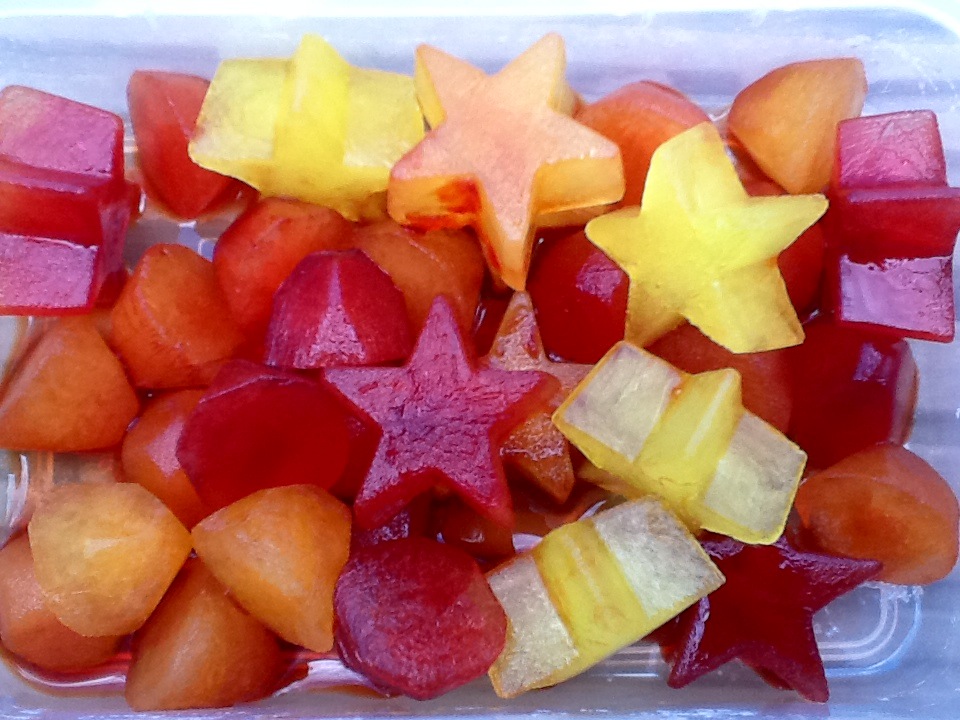 What better way to cool off on a hot day than with some ice!

It's a great sensory activity that little ones just love....watching the ice melt and slide through their fingers, dripping down their arms. 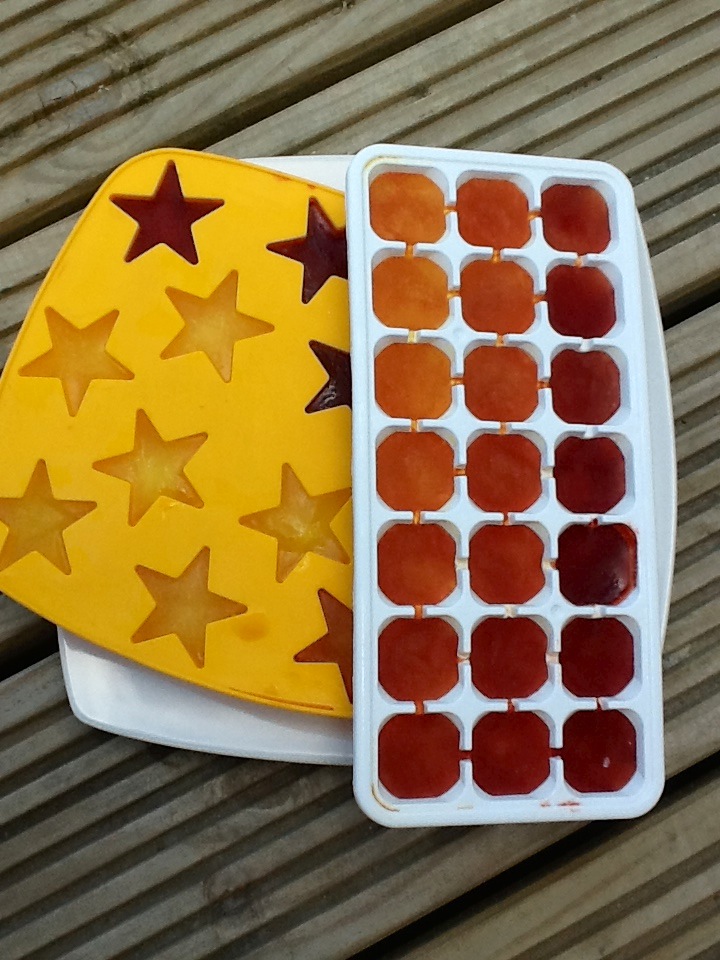 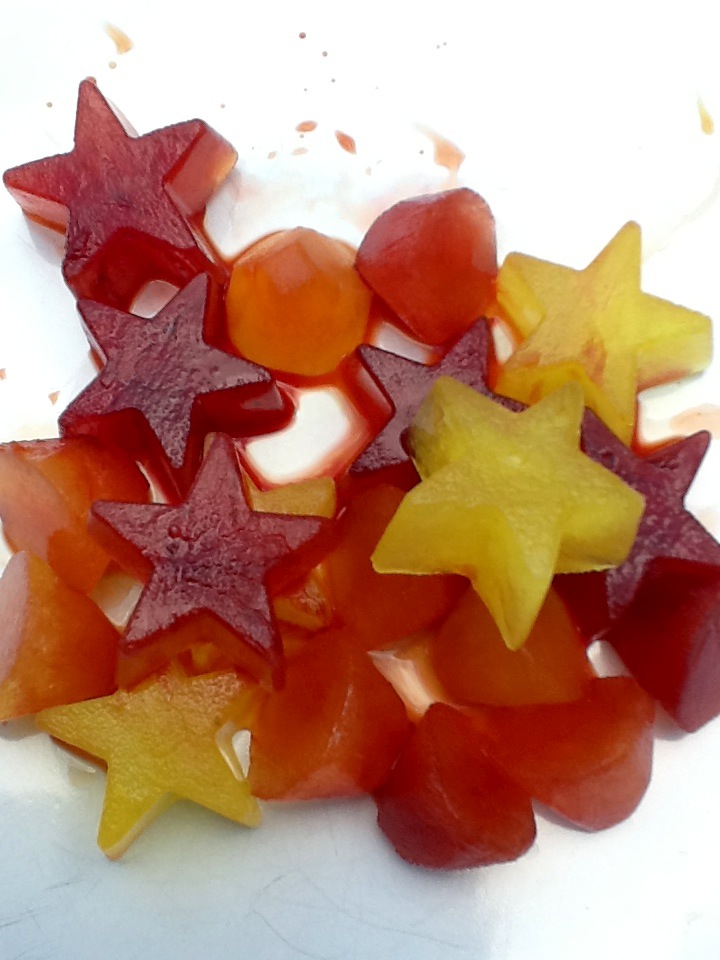 I just added a little food colouring to make these ice shapes, but you could use fruit juice too.

If you make them now, they'll be ready by this afternoon, have fun!
Posted by peekaboo at 10:49 am No comments: Links to this post 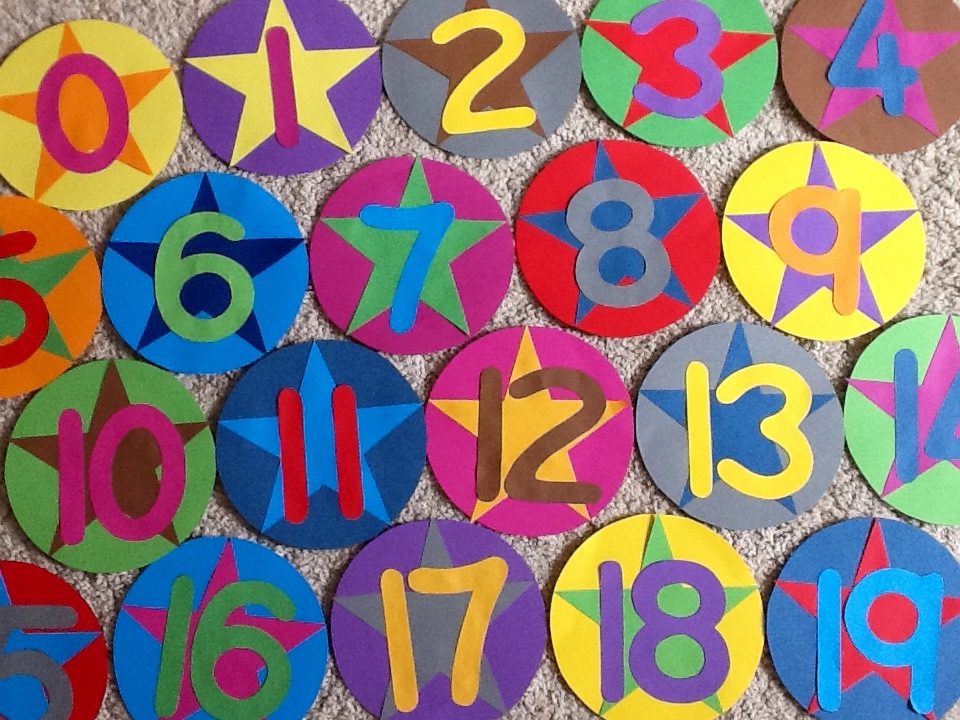 I've been making some resources for my new classroom and found inspiration for these number stars in the inside sleeve of a book I recently bought. 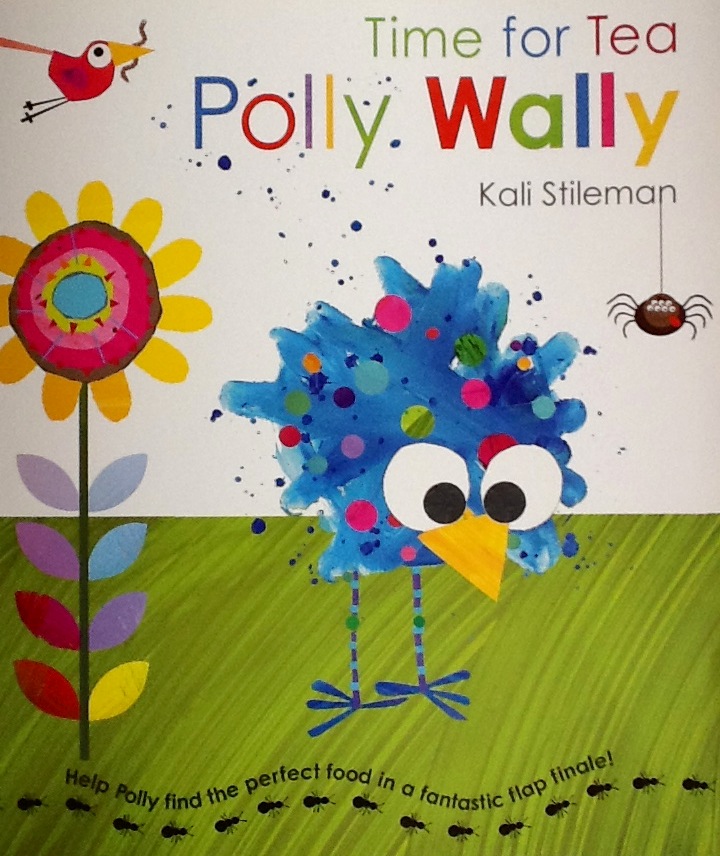 'Time for Tea Polly Wally' by Kali Stileman is a lovely story about a tiny bird with a rumble in her tummy.

The book has beautiful, brightly coloured illustrations throughout, with lovely flowers, birds and butterflies as well as the animals that feature in the story.


Here are the lovely stars from the inside cover.

And here are my stars inside circles with numbers added on top.   I just used coloured paper and drew around some numbers templates.

Posted by peekaboo at 2:27 pm No comments: Links to this post

Peekaboo! Make and do.