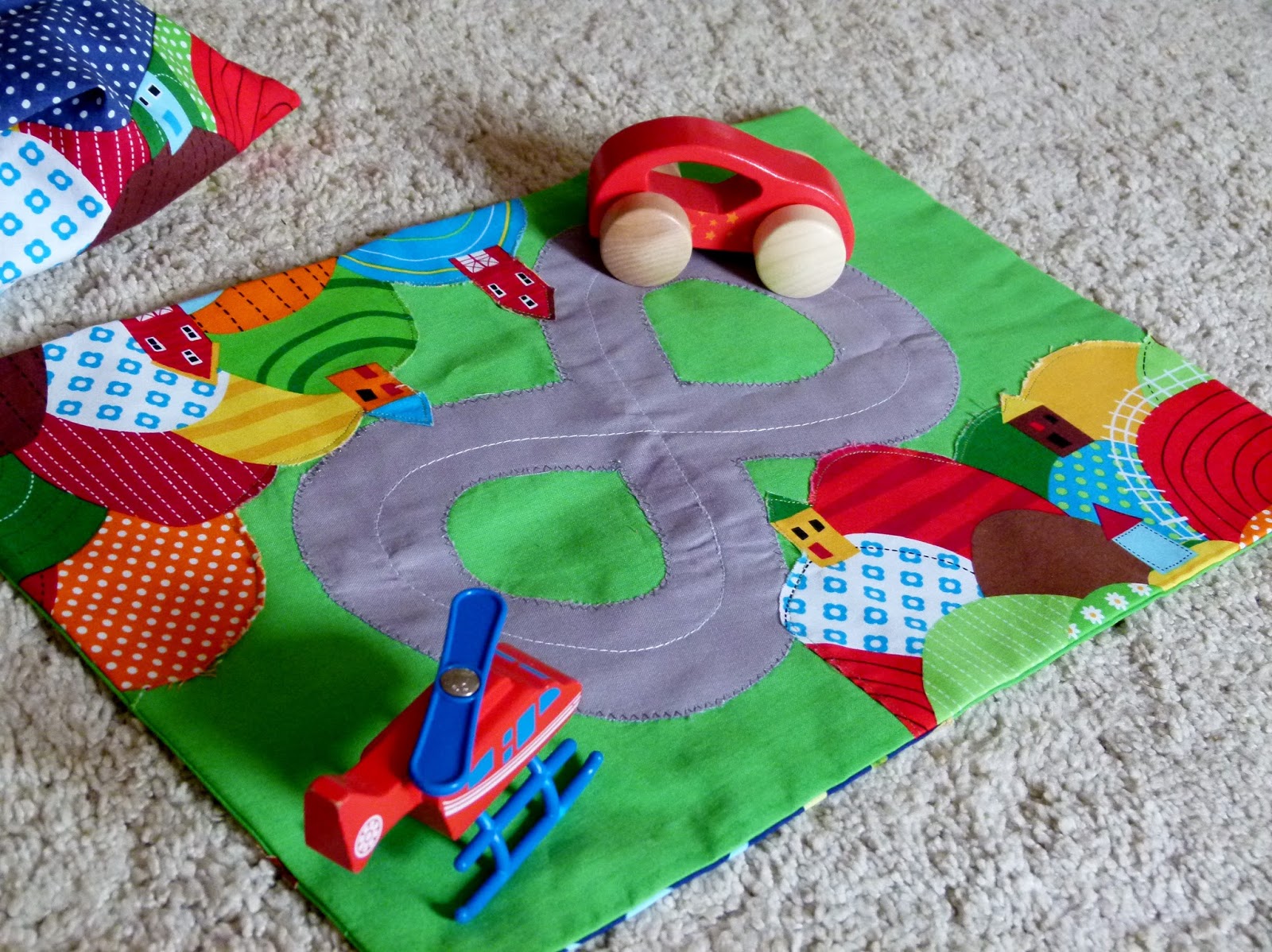 Following on from the farm play mat, and Monty's new interest in cars, and also from a recent family lunch out (trying to keep him entertained), I decided to make a play mat that can fit in a bag, roughly the size of a large table mat, that can go everywhere with us. 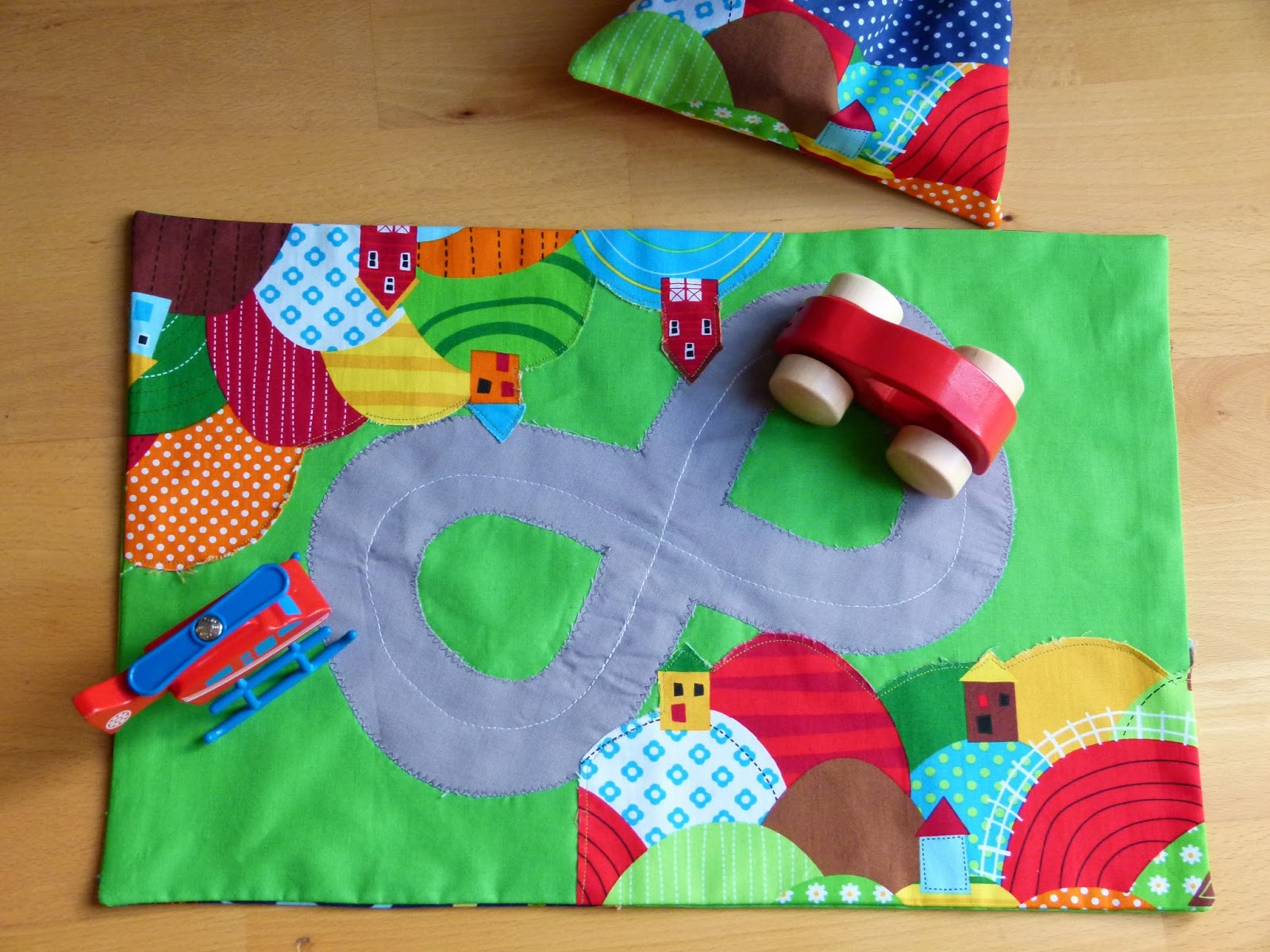 It's not easy to make a lot of roads with such a small mat so a figure eight shape seemed best.

I had this fabric with colourful hills and houses and thought it might be nice to cut around the shapes in the fabric rather than cut straight lines across it.  Then I just stitched around the shapes. 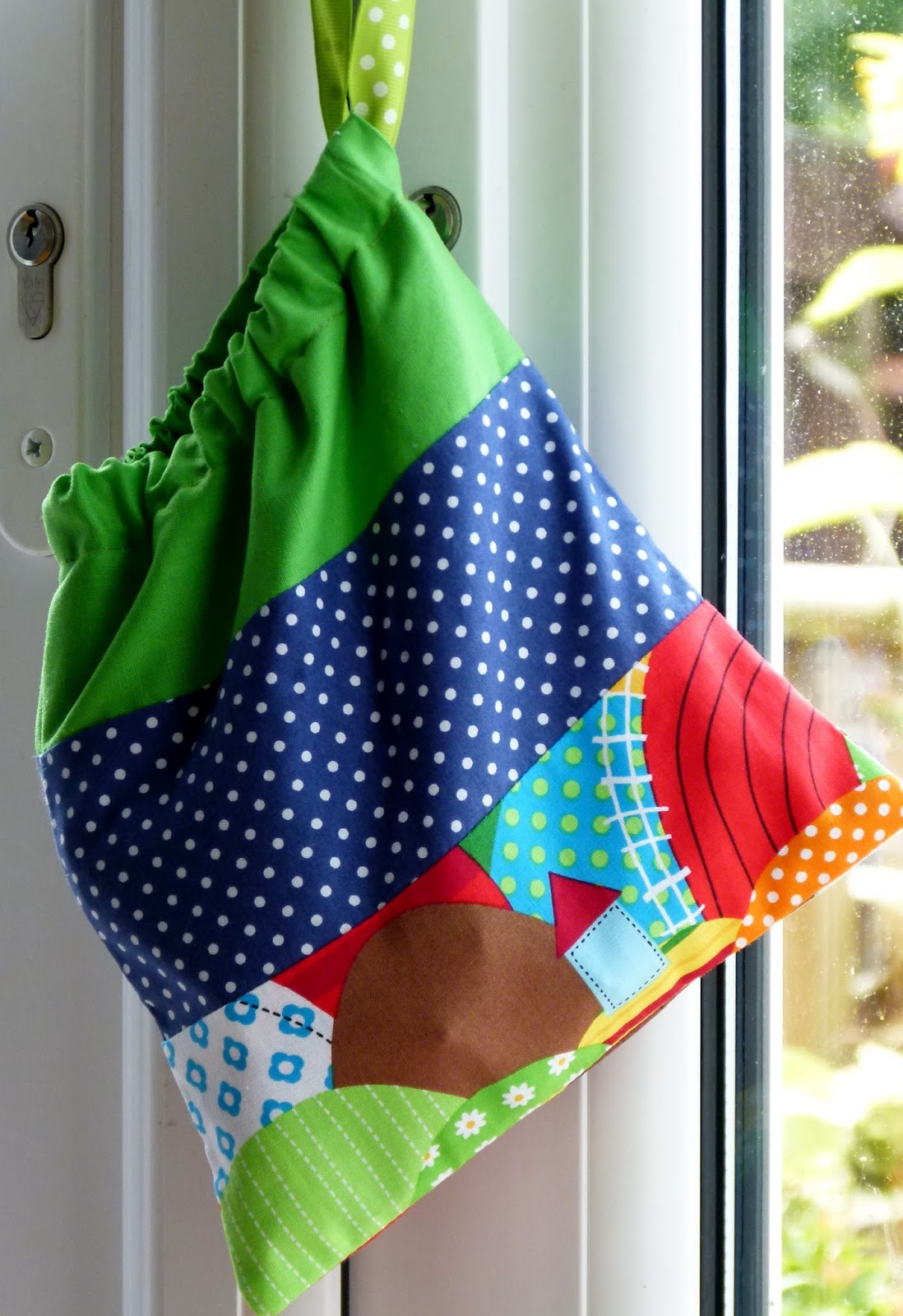 To keep it all together I made a drawstring bag in similar colours - roughly A4 size including a 1cm seam allowance and enough for the fold to encase the drawstring.

And to make it even more fun, I made it reversible with a dinosaur side!  I made a little water hole for the dinosaurs and stitched some other dinosaurs around the edges. 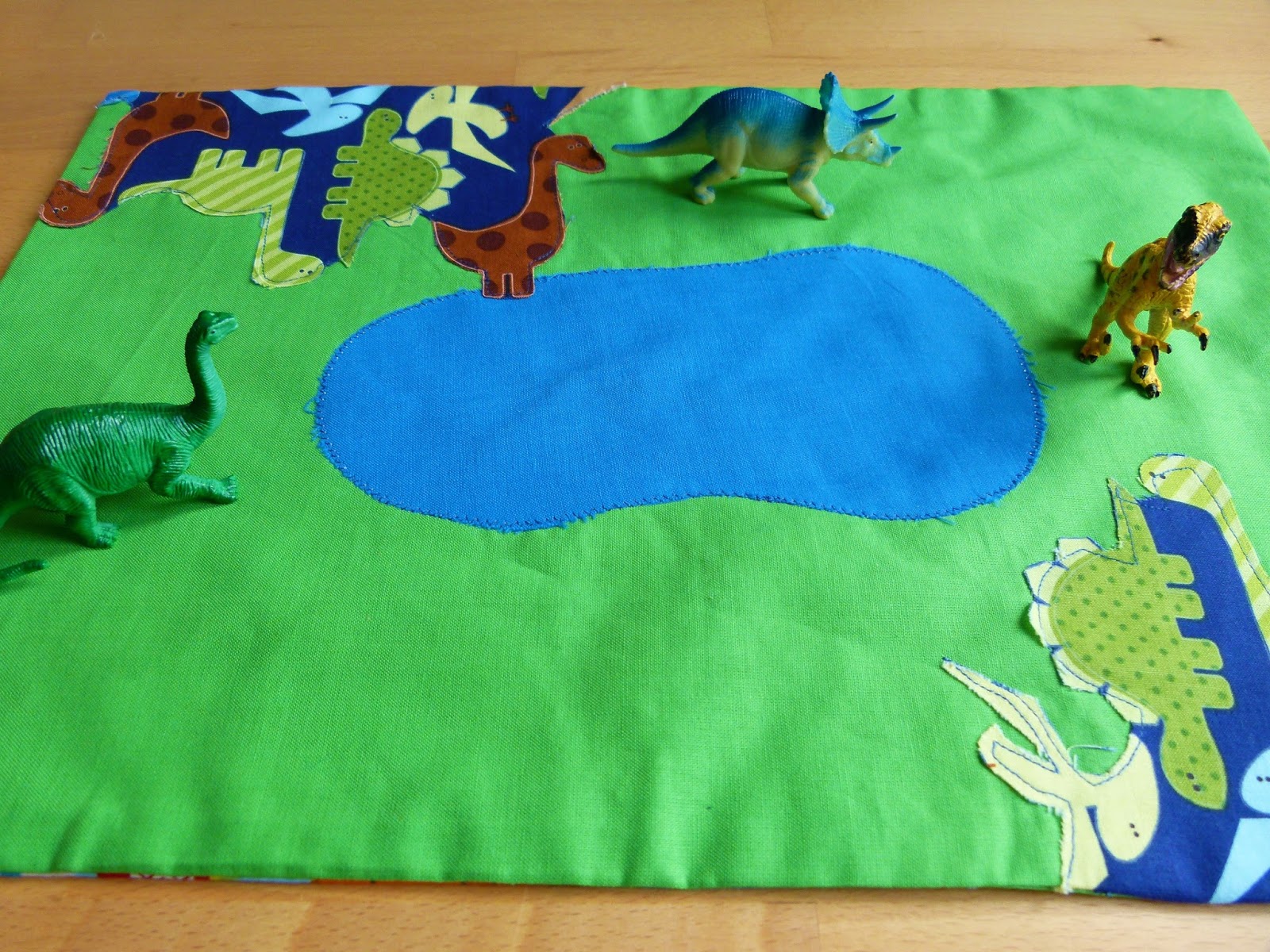 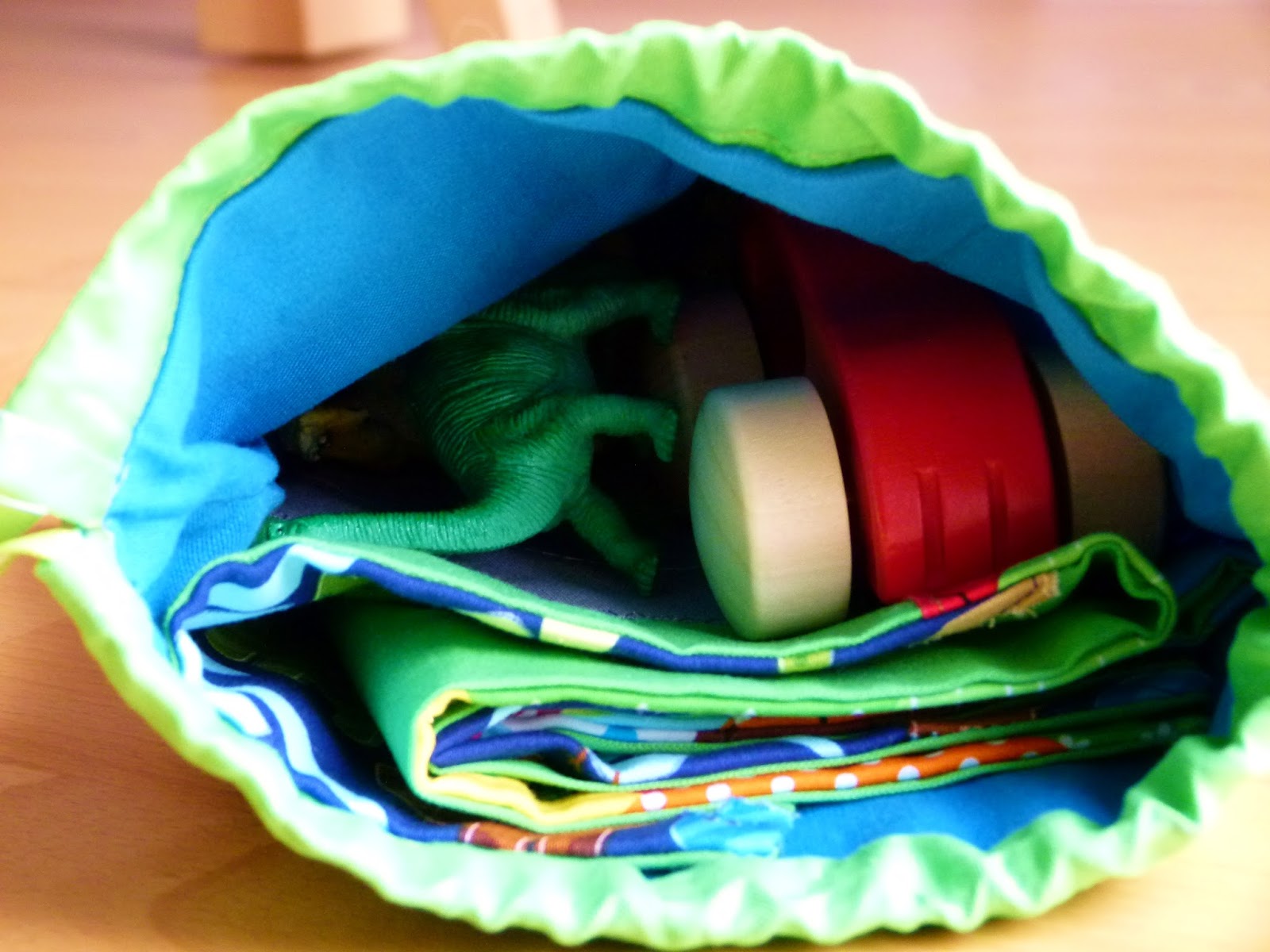 The bag holds the mat, a little car and helicopter and three pocket sized dinosaurs. 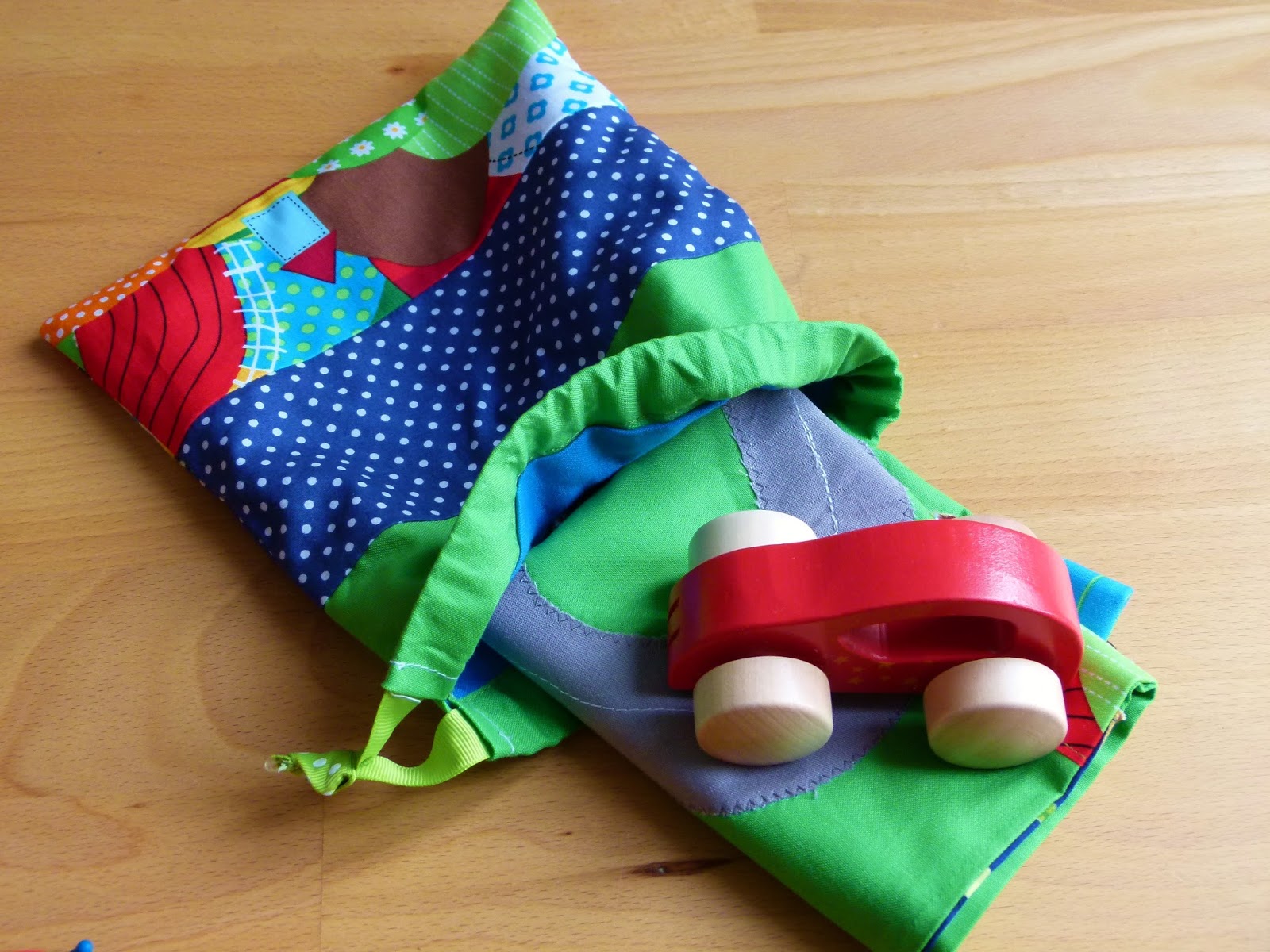 I think we should lunch out again soon just to test it!
Posted by peekaboo at 4:34 pm

Peekaboo! Make and do.